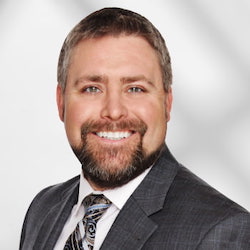 With several years of experience as a prosecutor, Jeffrey Jackson is a Nashville criminal defense and domestic law attorney with a strong understanding of the challenges TN residents facing criminal accusations are up against.

Born and raised in Memphis, TN, Jeffrey first culled an interest in the law working for a civil defense firm. Based on his exceptional passion for the law and the drive and determination he showed at work, his employers encouraged him to attend law school.

While attending the Nashville School of Law, Jeffrey found a particular interest in criminal law, which eventually landed him a place in the Nashville District Attorney’s office as an Assistant District Attorney. While working as a DA, Jeffrey gained the respect and admiration of his peers. In a short amount of time, he became well known throughout the office as he built a reputation as a tenacious tactician in prosecuting criminals. Through this character and hard work, he earned himself the respect of a good attorney, both in the courtroom and out.

However, after more than seven years in the DA’s office, Jeffrey decided his genuine interest lay in seeking justice for those in need of defense and moved forward with a career-long passion for opening his own practice.

Throughout his life, especially as a former collegiate athlete, Jeffrey learned that dedication meant more than just showing up but required a serious investment in both mind and body to achieve any goal. Jeffrey brings this same dedication to the courtroom on every occasion.